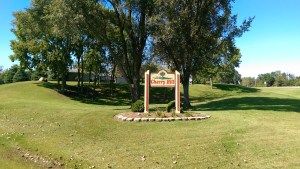 The Cherry Hill Neighborhood has some fun plumbing.

With being a licensed plumber while working and living in New Lenox for the last 10 years, the question was posed to me, “what are some plumbing problems that are specific to New Lenox?” What I do know about the town is this; the far west side of town near Cherry Hill kindergarten has one of the highest water tables I have ever seen. If a homeowner’s sump pump fails in Cherry Hill, it may only be a matter of minutes before the basement floods.

My neighborhood; the homes were mostly built in the 80’s, has a lot off houses which still have water softeners. When I tell my neighbors that the water is already treated and soft, they don’t believe me until I disconnect the softener and they don’t notice any difference. Homes on the southern edge of New Lenox, which are not connected to city water, have some nasty and smelly well water with loads of iron. Many residents in these neighborhoods have been very happy with the performance of a high efficiency water filtering system like the Iron Breaker III.

With that being said, the one condition that seems to be most prevalent in the town has as much to do with the builder as it does with any individual

plumbing problem. The New Lenox Lumber Company opened in 1926 and closed in the early 90’s. From the 1950’s to the 1990’s, New Lenox Lumber filled the town with owner completion homes. The home was selected in their office (which was demolished in 2011) on Cedar Rd, north of Hickory Creek, and built as ordered on your property. The inside was up to you. You could hire a plumber, electrician and carpenter or do it yourself. You could make it as fancy or as simple as you wanted. These homes are common throughout the heart of New Lenox, from Francis Rd. south to Laraway, from Country Creek near Nelson Rd all the way to Schoolhouse.

As a New Lenox plumber and resident, this is what you hear from the owner of an “owner completion” house. “This is the original plumbing and you are saying it is not right after all of these years? No way!” I can only speak from experience. My own house has the water supply system piped in Type M copper. It works, but it is not code for drinking water because it is very thin walled, therefore cheaper. Basic plumbing knowledge teaches us that whenever a drain goes from vertical to horizontal a “wye” fitting should be used. This is something I learned on my first day as an apprentice. I don’t think there is one wye fitting in any house in my neighborhood. It is easy for me to spot code violations but that is just technical jargon. 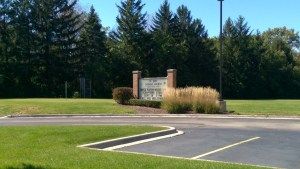 The St. Jude neighborhood in New Lenox sports some of the oldest houses.

I have seen two houses on my street where the water softener drain was tapped directly into the suspended sewer pipe. This goes beyond plumbing code violations and right into a life/health situation. The only thing separating these families drinking water from raw sewage was a 3 dollar check valve which probably doesn’t work. I’ve heard the same thing from both families…”That has been like that since the house was built.”

This is the point. Owner completion homes helped build New Lenox but the plumbing systems often went uninspected and installed by well-intentioned builders who did not know what they were doing.

Through no fault of their own, home inspectors who come in when you buy a home do not see these plumbing

problems either. You cannot rely on their opinion regarding New Lenox Plumbing. They are not trained in plumbing the way a licensed plumber is. I have been at several home inspections for friends and relatives and my list of plumbing issues is quite a bit larger than that of the home inspector. I feel the need to pull rank on that one. Who do you trust, a licensed plumber who had a minimum of 5 years hands on training and passed a rigorous exam and must show proof of continuing education to the state every year, or the home inspector who probably learned everything they know from a four week online course? If something does not seem right, call out a licensed plumber to take a look. Ask to see his license. If he has one he will be proud to show it to you. If he does not he will have some story about how he missed the renewal and should be sent on his way. Anyone who touches the plumbing system in your house should be licensed. Owner completion homes flew under the radar and a lot of plumbing was put in by people who did not follow the plumber’s motto. The motto is “Plumbers Protect the Health of the Nation”.